A Khao Pad with Marcin

“We are WATTx” is our article series in which we draw back the curtain and give you a sneak peek into how it is to work in our Company Builder. For this article, we went to the Bangkok City to enjoy some delicious Khao Pad with Marcin Balinski, our Engineering Lead here at WATTx. We talked about the path that eventually led him to Berlin, what he does as an engineer, and what makes WATTx different. Enjoy!

Hi Marcin! Before we get into what you are doing here at WATTx, can you tell us about yourself first?

I am originally from Łódź, a city in Central Poland. It used to be one of the biggest industrial cities in Poland, from the 19th till the beginning of 20th century, and then, unfortunately, went through decay. But at the moment, it is experiencing a renaissance.

Lodz is also where I went to university, and started studying Economics. However, at some point in my studies, I realised that this area is not something that is of much of an interest to me. I dropped out of university after 3 years because I was so bored with subjects like accounting or the theory of macroeconomics. This is when I started to work professionally as a Software Engineer. Computers and programming were always my passion: I loved to interact with them in a creative way - ever since I got my first PC as a child. Looking back, it’s a real mystery why I didn’t push myself to start studying Computer Science.

Eventually, I did finish my Master study. I spent two more years in University after all and got my degree.

Tell us more about your first job as a Software Engineer.

My first job, which I started 11 years ago, was in a software development outsourcing company in Łódź, that focused on different kinds of projects, mostly for German customers. I spent 5 years working for this company, and at some point realised that it was not enough anymore. I felt stuck with the same kind of projects and technologies, while another part of me also wanted to try living abroad and experience that feeling. That’s when i decided to move. 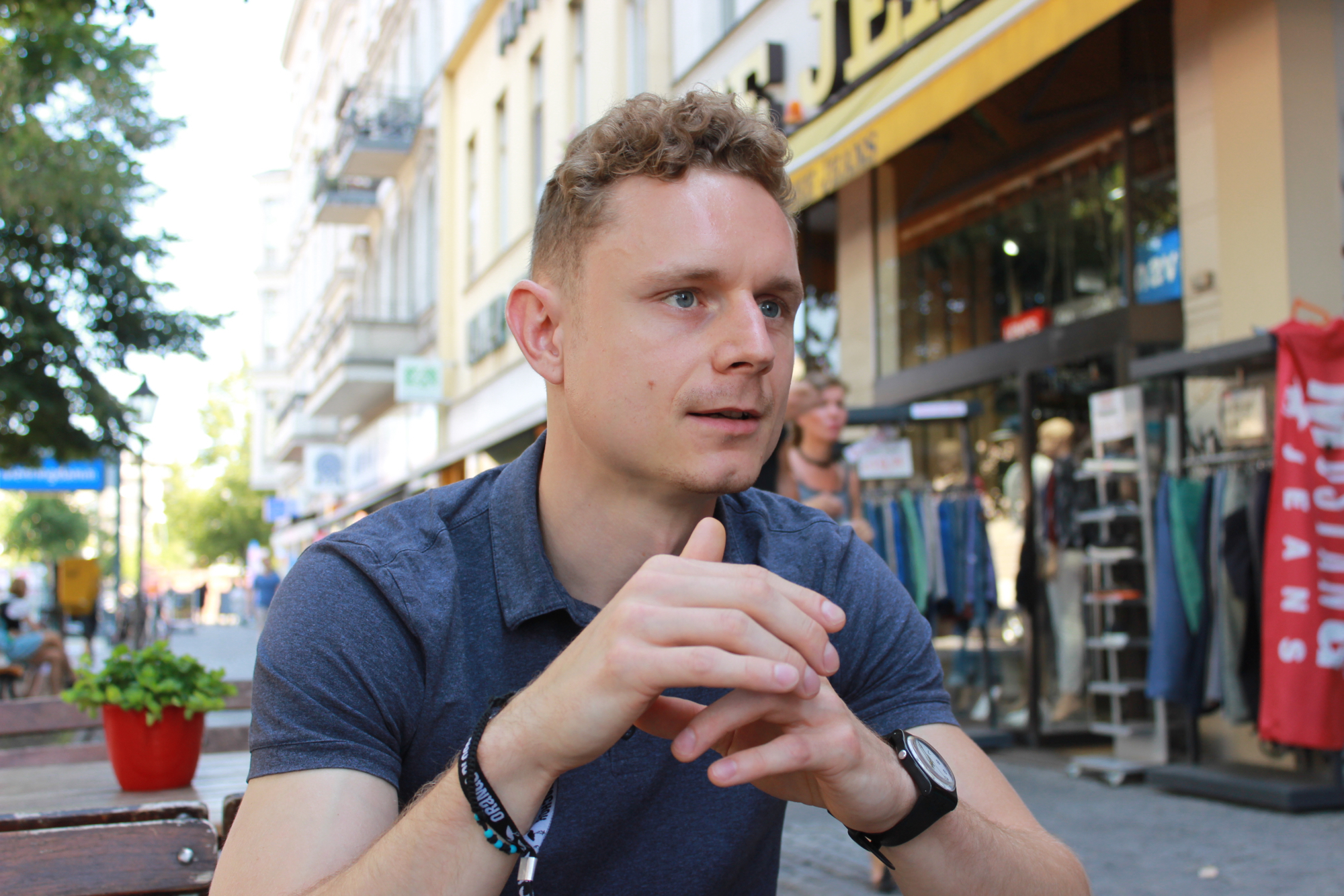 Initially, I was considering either Berlin or the United Kingdom. But when I started searching for opportunities, I got a very precise offer from Jason Green, who was at that time the CTO of Wimdu, a Rocket Internet competitor to Airbnb. We had a few interviews and they invited me to visit their office in Berlin. It was late autumn, so the city during that time was not such a nice place. But I really loved the people and the vibe at their office. So, I didn’t think too much before deciding to take the job they were offering me as a software engineer.

And from there you joined WATTx?

Through Mikhail actually. We were already working together for more than two years at both Wimdu and then Brainly. He told me he found this supposedly amazing company which he was joining and scheduled a meeting between me, Bastian, and Martin (MD at WATTx).

As I loved the concept behind the company from the very beginning, I didn’t have to think much about joining WATTx, and accepted the offer right away.

What was your journey in the company?

I started out as an Software Engineer and the job really spoke to me right away. I’ve never worked on so many diverse and interesting projects before. I also like the fact that the projects we work on are challenging and interesting from strictly technical point of view: We are dealing with hardware, software, or security issues - you name it.

I spent almost two years doing that kind of work. Mikhail, who used to be our Head of Engineering, recently decided to move on to co-founding our venture Statice. That’s when I got the offer to replace him - which I accepted. I really like doing Software Engineering, but it’s never enough. In my opinion, it is only the tip of the iceberg.

I’m intrigued with people. Trying to understand where and how they fit, what they’re good at, or what they’re not so good at.

I am more into building and developing things than I am into programming. I really love project management and going through the process of building a product and thinking about features. Additionally, I’m intrigued with people. Trying to understand where and how they fit, what they’re good at, or what they’re not so good at. Those were the reasons for accepting that leadership position and I do not regret it.

The only downside is that I am rarely ever writing any code anymore at the moment.

Do you get to do what you imagined as the Head of Engineering?

Project work is actually at the moment almost impossible to do. I tried with our crypto-venture Glassnode. In the very beginning of the project, I was responsible for the technical project management and developing product features. But soon I realised that the amount of other tasks you have to deal with in a managing position, very often in an ad hoc manner, is just too much. Which is why I cannot focus on project work for more than 15-25% of my time anymore.

You have to let others deal with some tasks, who are in a better position to deal with it rather than to promise something that you cannot deliver in time.

What’s your favourite part of your job?

You get to see the company as a whole, and how it works, which helps getting a better understanding while being more involved. The position allows for a bigger impact and being part of the decision making process. That’s what I really like.

My teammates and I often have strong opinions on technical topics, but in the end pragmatism wins.

Moving to your engineering team - how would you describe it?

The team consists of very bright, smart, diverse and open-minded people. I’d also describe them as very skillful - in a generalist way. Most engineers or developers specialize in one thing or another. There’s nothing wrong with that. But at WATTx, because of the variation we have in both problems to solve and technology we use, we need generalists, meaning that people are not afraid to re-learn what they had learned before, or master completely new things on an ongoing basis.

We deal with a lot of complex problems, and often don’t know where to start, or what tech stack we should use. There is a lot of variation in our work and we often find out that we need to build the expertise first. To tackle that, we adopted the approach to either invest time in learning or find a mentor that can help. And you need to do this, to like this constant learning attitude. This cannot be enforced - there needs to be intrinsic motivation.

My teammates and I often have strong opinions on technical topics, but in the end pragmatism wins. Decision making is powered by discussion and arguments, not dogma and believes. That’s good as many engineers are almost fanatical: Either framework A or nothing - framework B, C, D sucks. At WATTx, people are open to changing their stance.

What would be the typical WATTx project from an engineering perspective?

A typical project would revolve around real-time data processing from physical sensors or machinery and maybe controlling some mechanical actuators on top of that. Very often we work on both hardware and software and so we’re using a mix of high an low level technologies. 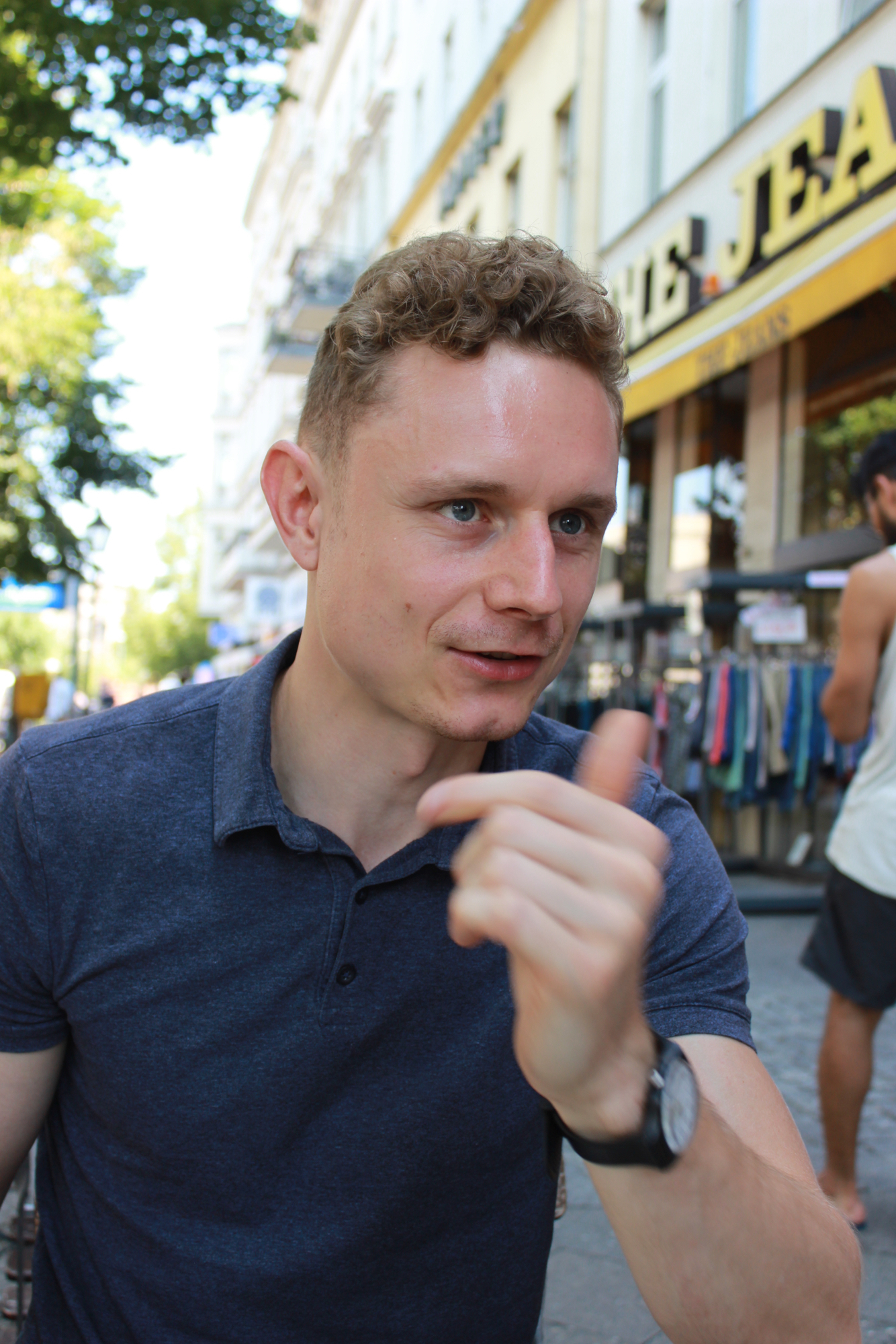 Why should people come and work for WATTx?

For one, because of the mentioned technical challenges. For anyone serious about engineering, that on its own could be the main reason.

Further, we tackle complex problems, not only from the technical point of view, but also from other perspectives. We offer complex service solutions, like building a venture from the ground, helping with everything from venture development to user experience to hiring, as well as technical development. So people who come to work here, can embrace, touch, and learn more about the other areas we deal with - if they want to. There’s always an option to grow and learn here.

Other than that, I think we have a unique culture. When tackling complex problems, you will make mistakes. However, we have a complete no-blame culture here. Of course, we look for reasons and the causes of made mistakes, but only for the reason of not repeating them, and learn for the future. It is a very safe work environment, not in the way that you won’t be challenged, but more as you feeling like an equal and never being talked down to.

Finally, we also have lots of fun here. It’s a familiar setting and I have, for sure, made some friends being here at WATTx. There are just a lot of great people in the company.

when you work in a leadership role, what you do becomes less important. The important thing as a manager is that others get the support and the resources they need to do their job.

I still need to find the best way to allow and enable others to do their best job possible. I started to learn more about people management but am just beginning to understand the scope of it.

A friend told me once that when you work in a leadership role, what you do becomes less important. The important thing as a manager is that others get the support and the resources they need to do their job.

So, a final question, what was the first thing you’ve built?

I got my first PC computer in 1997 and shortly after started experimenting with this archaic, and today non-existent, language, called Turbo Pascal. The first thing I build was a pretend virus that I gave to a childhood friend of mine on a floppy disk - which scared the shit out of him. The second thing I built was an electronic contact book.

To keep your contacts?

No, just to build something. I didn’t have that many contacts that I needed to keep back then (laughs).